Easter Sunday at the Vatican 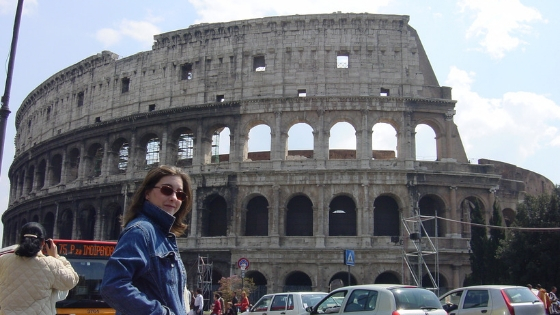 Picture it: 2003, Rome. My husband and I were in our first years of married bliss, living in Milan and Easter in Rome was just a train ride away. People travel from all over the world to visit Rome, but to see a Sunday mass, and on Easter Sunday, well that is special. And being so close to so many places in Europe while we were living there, meant we could plan a weekend trip like this often (and we did) because we knew these moments would not come again unless we planned a full vacation around them.

At the time, the Pope was Saint John Paul II and he was in his last years, with his health deteriorating. I couldn’t imagine a more incredible experience while living away from my family during the Easter season than coming to see our Pope serve mass in Rome! And truly, Pope John Paul II was the first leader of the Catholic church that I felt a connection to. He was kind and real and renewed many people in the faith because of that. 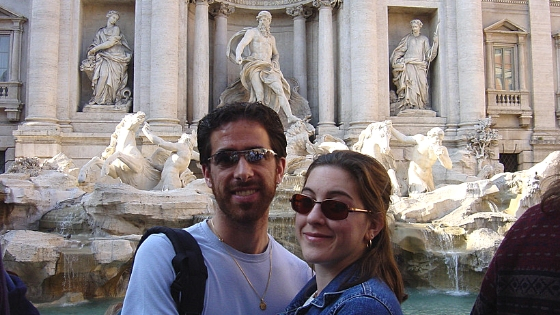 Ah, young love and bad sunglasses…No selfies back then, we relied on the help of strangers to take pictures!

After spending Friday and Saturday visiting the ancient city, and staying with a family friend who graciously hosted us for the weekend, we arrived early to the Vatican in our ‘Sunday best’, with our special tickets for mass. We were told where we could stake our seats, as it was a first come first served method. I can imagine that many people were there late the night before to get the closest to the alter. Even still, we had a great spot and we saw everything clearly. 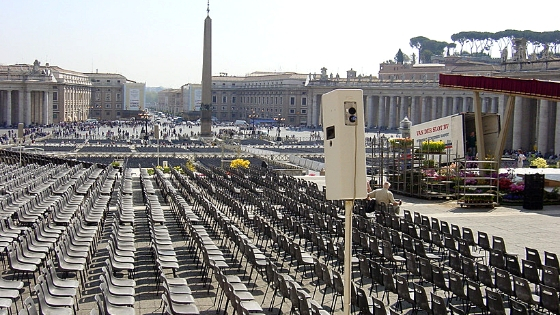 Every single seat was filled…this was our view going in.

Why is Easter Celebrated?

As a mama of three children, I often get asked the questions from them that many would like to ask me but don’t. So, in an effort to explain Easter as easily as possible for those of you that are curious, here you go. Considered a more holy day than Christmas, Easter is a time in the Catholic faith of renewal and full celebration after fasting (literally and mentally). Ending our Holy Week, Easter celebrations are a conclusion of 46 days prior of full reflection on what our faith is and where it is taking us. On Sunday, Catholic people all over the world celebrate the resurrection of Jesus Christ with family and friends. A simpler way to explain to young children is that Easter is the moment Jesus went to Heaven and we celebrate that, knowing we will have a place in heaven too.  Easter Sunday is actually the start of the Easter season that lasts for the following seven weeks, ending at Pentecost (the day that the Holy Spirit came down on the Apostles, thus creating the birth of the church). 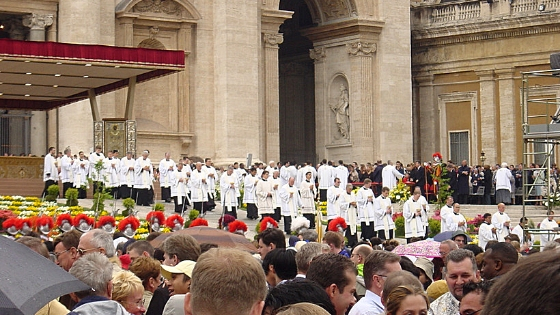 The crowds of people were getting ready to sit down, mass was about to begin.

Easter At The Vatican

There is nothing that can prepare you for the magnitude of energy that you can feel when you arrive in the Vatican center, for Easter Sunday. It truly is an experience like no other. The alter itself was showered in Easter lilies and other spring flowers. There was a congregation of staff, cardinals, archbishops, bishops and priests. When you looked around the audience of parishioners, you could see groups of people together. I remember seeing a group of nuns, many youth groups, and collections of people speaking different languages, all waiting for the Pope that we all adored. 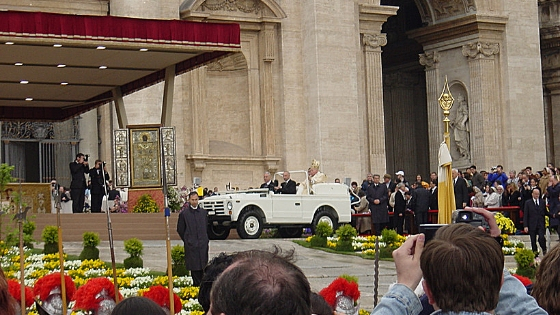 The idea of being able to spend this special faith-filled moment with thousands of strangers, I suppose can compare to a rock concert. We all had a mutual appreciation and it didn’t matter if we could understand each other or if we couldn’t see the whole service up close. What mattered was being there and mutually connecting in a very special day. I’m so grateful for that weekend with my husband in Rome and having the chance to hear Pope John Paul II serve mass in real life. 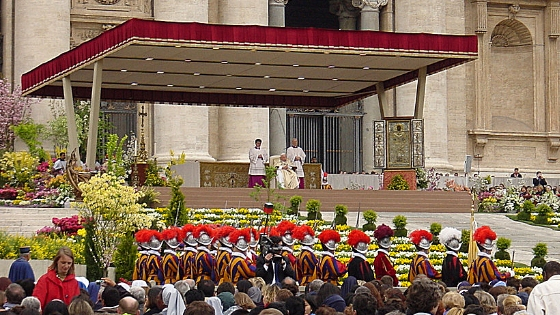 Swiss Guards watch over as the mass is celebrated. This was our view from our seats. 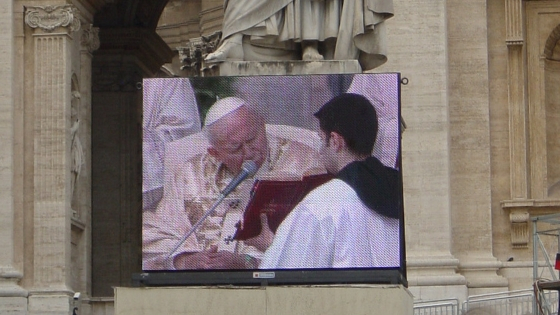 Just like a rock concert, screens allowed us all to see up close.

We have not brought the boys to Rome…yet. But I cannot wait to. My oldest will have his confirmation this year. In many ways, the confirmation celebration is a right of passage, leading a child to a new journey in their faith. It’s a way of saying to the world, but more importantly to yourself, I confirm that I am faith-filled and will continue to practice my faith as a solid choice I am making of my own free will. Bringing the boys to Rome once they are all confirmed would be an experience on another level.  And what a treasure it would be to see Easter Sunday mass there again, through their eyes.

Packing Light for a Ski Vacation

New Year Resolutions for a Mama

Gifts for Everyone You Love from Hallmark...

Wow! That must have been an incredible weekend. Memories to last a lifetime!

What an incredible experience! It obviously had a big impact on you. I hope you get to experience it again with your kids.