Storytelling Your Kids To Eat 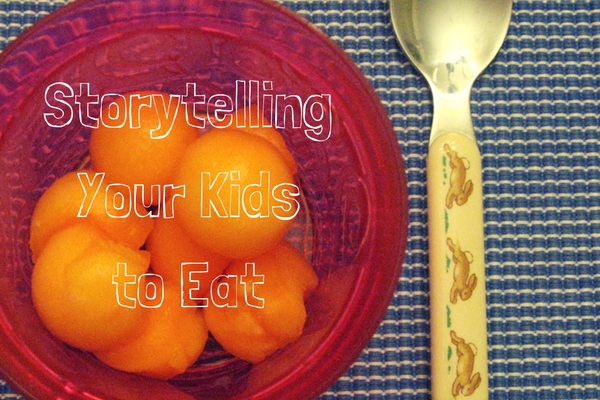 Today I took a spaceship up to the sun and went gardening. I picked a basket full of sunshine balls and then I got back in my spaceship and brought the sunshine balls home for my children to eat.

At least that’s what I told them.

It was a lot more exciting than saying “We’re having cantaloupe for dessert tonight.” They loved it! My oldest giggled, and my other two asked for more sunshine balls until they were all gone.

Sometimes, it’s not the food that you are trying to sell, but instead the idea of eating anything new. And when you incorporate a story with it, that might just be all your child needs to feel they are about to have something really good and exciting! 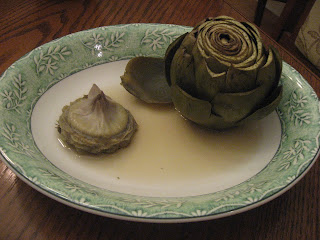 The other night I steamed artichokes and prepared a béchamel sauce on the side. I went on to explain that and artichoke is similar to a flower, and that each petal of the artichoke had a delicious piece to eat and that the further you got to the middle the more you would find to eat on each petal. I also told them about the center and how the ‘choke’ in artichoke comes from the heart of the vegetable and that you cannot eat the hair or you will choke.

Getting to the middle was an adventure, they wanted to see the heart and then I removed the hair to let them try the flesh underneath…and you know what? They loved it!

Finally, my oldest learned a story in preschool that we both shared to the other two about a teddy bear who was looking for a red house with no windows, a chimney, and a star inside. After asking all his animal friends, he meets a worm. The worm tells him “I live in such a house and if you look up, you will see a bunch of them.” They are apples. And if you cut through an apple sideways, you will see (if you are lucky) a perfect star in the middle. Well, that was so exciting to them! We then took an apple to see and their eyes were wide. Sure enough a star was found in the middle. 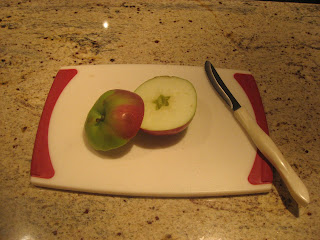 I hope this gives you an idea to use your mama creativity to incorporate fun stories to your hard selling foods. Now if only that could work on my husband…

Got any food tricks or tips for little ones? Share with me down below, I’d love to hear from you!

How to Make No-Bento Bento Lunches with...

Explaining to Your Kids Why Canada Just...

Omigosh. This so HELPS. I’m always looking for new ways to incorporate foods that they don’t like! Awesome!

Work of art i must say.

Thanks for linking up to the blog hop, see you tomorrow!

You’re so sweet Nancy! Can’t wait to see you tomorrow, and your blog hop idea was genius!

I absolutely love this… amazing. All kids require is some imagination and sometimes its intriguing as adults to do the same. I personally love stories like this- Whenever we have broccoli my Little Man, Daddy and I are giants and we are eating trees lol.