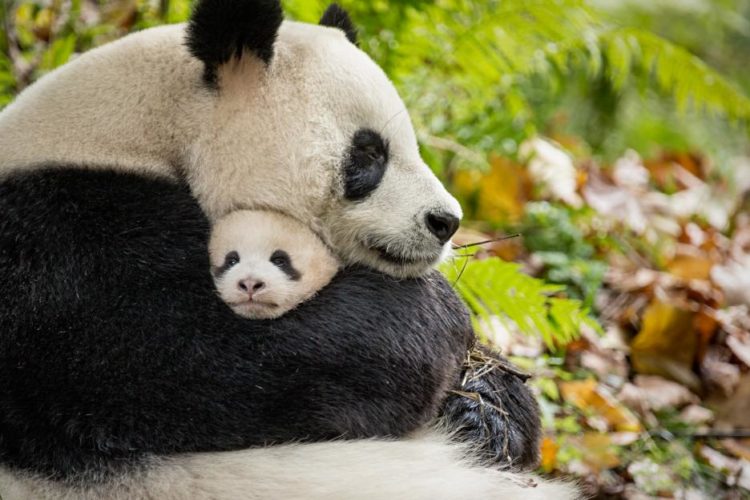 During our incredible Disney Social Media Moms Celebration trip, we had the chance to see the new Disneynature film, Born in China. The official release date for Canada is April 21st, just in time for Earth Day.  We were actually the first audience to see the film outside of China, where it was first released, and to high praise.

The crew had separate teams of 30 following the different animals in order to capture their individual stories. The most exciting animal they filmed, they said, was the elusive snow leopard, very rarely caught on camera.

One thing Roy Conli explained in our Q&A after the movie was that nature is unscripted. Once they got to the animals, they told them their stories. And what stories they are!

What you don’t see in this incredibly well-filmed trailer, is the humour and emotion that is narrated throughout with a script you won’t soon forget. Narrated by John Krasinski, the stories become tender and so closely linked to a human connection that you will be routing for the animals in the movie.

My boys absolutely loved the film. One of my sons adores pandas so he was so excited to see the movie. Each one of my sons had a favourite animal in the end and I felt myself comparing these wild animals to my own children! The script made me emotional in a few parts, and as a mama, you will know exactly what I’m talking about when you see it.

Aside from going to see Born in China with your children because it is truly a wonderful film, here’s another reason:

Moviegoers who see Disneynature’s new True Life Adventure film “Born in China” during its opening week (April 21-27, 2017) will benefit the World Wildlife Fund (WWF). Based on opening-week attendance, Disneynature, via the Disney Worldwide Conservation Fund, will make a contribution to the WWF to help protect wild pandas and snow leopards in China.

Isn’t this fantastic?! Born in China is an amazing movie with real heart. If you decide to go, I hope you enjoy it as much as we did.

Disclosure: I was invited with my family to the exclusive Disney Social Media Moms Conference. As such, I was provided with various discounts and products. I was not requested to write this post, but am more than happy to share my new-found Disney knowledge with my readers. All opinions are honest and my own. All photos and video copyright of Walt Disney Pictures.

What Shopping From The Heart Means To Me

Pre-Rant to an Awesome Movie

Magic In Montreal with Masters of Illusion...