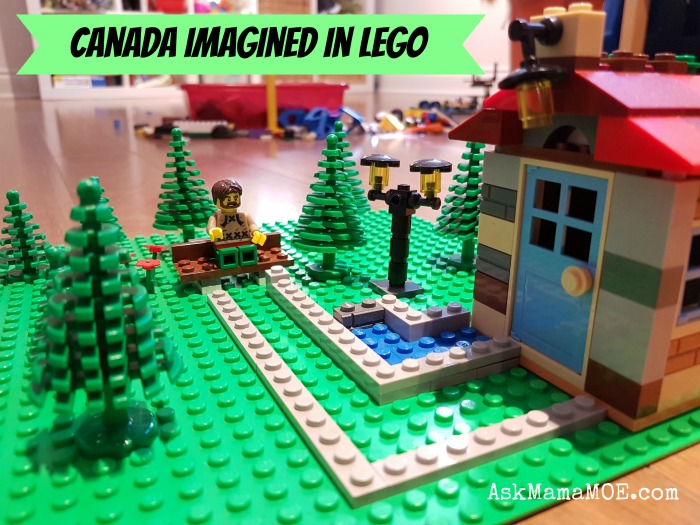 As you may have already seen on my social media platforms, we are a big LEGO-loving family. We introduced the boys to LEGO Duplo the moment they had enough dexterity and, of course, they have moved up to classic LEGO pieces and sets. They love sitting and taking the time to create things from their imagination, as much as they love following the instructions in hard and detailed sets. Right now, they are diligently getting through the LEGO Disney Castle, and let me tell you, that is one incredible project! Aside from the castle, the boys constantly have other creations being made and remade, and our basement has basically turned into a LEGO creations room. I love it.

Here are a few examples:

(L-R): Future Canada will have more trees and country homes, a musical car with a piano player, more rivers for animals.

To celebrate Canada’s 150th year, LEGO has set up a challenge for Canadian children. Without any instructions, LEGO is asking children across Canada to get creative and use their imagination to build the future of Canada. LEGO wants to see what children can imagine for better, brighter and even more fun Canadian cities!

To kick things off, Toys’R’Us stores across Canada had a special event recently where children were able to come in and build in the store. Each store that participated ended the weekend with their own City of Tomorrow that they have on display.

LEGO has a giant contest going on encouraging children to build something out of their own minds for the City of Tomorrow. Take a picture of your creation and enter the contest by clicking here. The winner will receive a grand prize trip for four to Ottawa! The deadline to enter the LEGO City of Tomorrow contest is June 4, 2017. 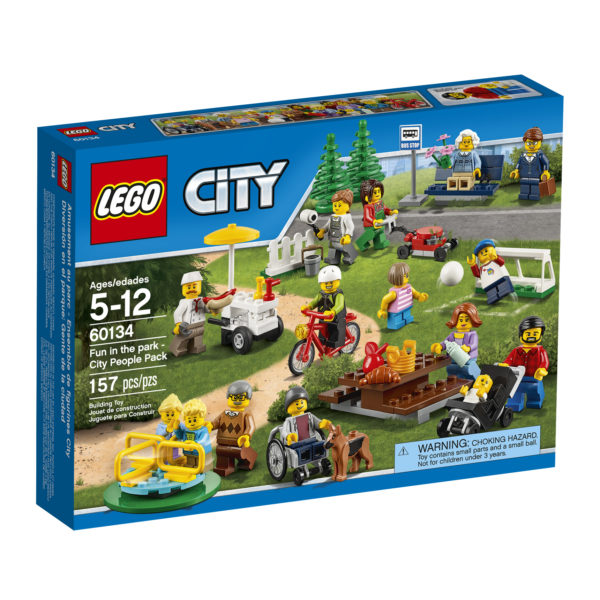 To help your child start building, LEGO has graciously offered a LEGO city set to give away! Here are two examples of sets, but it is not guaranteed which set you will win. Remember to grand prize contest is for creations made without instructions. Your child can take this set and use it to build your own unique creation for the Ottawa contest!

To enter, simply fill in the Rafflecopter below and be sure to answer the question “What is the coolest creation your child has made with LEGO?” in the comments.

This giveaway is open to Canadian residents only and the deadline to enter is April 27th, 2017, 11:59pm.

A Family Visit to the Grévin Wax...

For the Entertainer – Selfie Mic #Giveaway

Great Suggestions For My Giveaway Winner

Sunny Shopping Takes the Guesswork Out

My grandson made a castle the other day!

My granddaugher made a little dollhouse out of her my grandson’s Legos. She would use it for her tiny dolls.

The coolest thing my son has made with Lego is a robot mech! HE even put a mini fig in it to ‘drive’ the mech.

My step grandson made a rocket and launch pad

My son made a four foot tall elk out of Lego

We built the Angry Bird LEGO Pirate Ship – quite a feat for my son and I.

My kids made a house

My daughter made a futuristic flying car out of Lego!

My son made a really awesome car

My son made a cat. I thought it was pretty neat! Thanks!

we tried making a pirate ship. didn’t turn our that great. lol

My daughter made cookie cutters when I was digging though the drawer to find some LOL, coolest creation she made so far with LEGO.

My son’s coolest creation was a pirate ship!

My daughter built her own interpretation of an animal clinic. Just to let you know that the link for your instagram page is not working.

he made a hockey rink.

the kids made a huge robot the other day

My son use to like to put together the space ship kits.

My son and I built a pirate ship together. That was so much fun together and many bonding hours. Now it’s LEGO with the grandchildren.

My son made amazing cars with his sets.

My son maid a flying garbage recycling ,machine one day.

my kids made a spaceship

My daughter made a little farm set.

My daughter made a double decker bus

He made his zombie maze and then a monster contraption , pretty cool for a 4 year old .

My son’s coolest creation was a huge robot.

we built a pretty awesome house with lego and it was HUGE!! it had a little garden and a driveway and all sorts of funky design elements lol