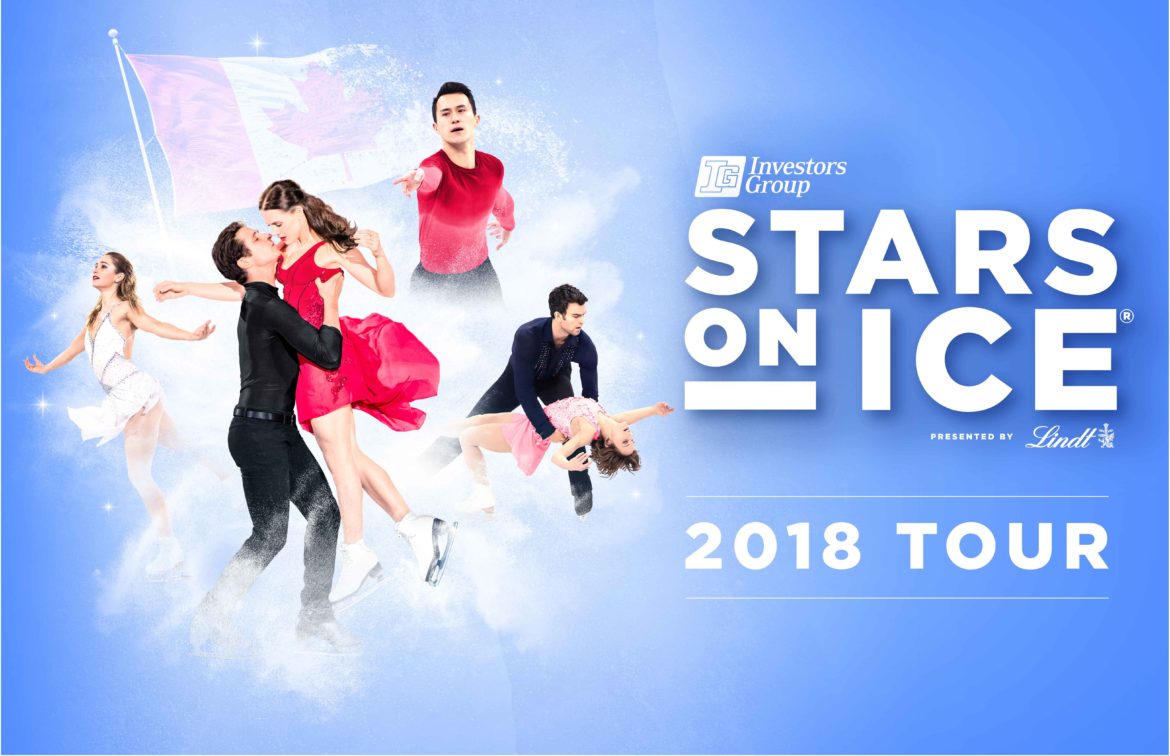 When the 2018 Olympics were going on in South Korea a couple of months ago, my family and I watched Canadian athletes go for gold. More specifically, my boys watched with Papa MOE and I listened in the background as I did other things around the house.

But not when Tessa Virtue and Scott Moir performed, no, no. Then, I was glued to the screen and watched as their graceful moves danced out a love story with music. This was their last year to compete in the Olympics and I, like many Canadians were watching their every performance. It was spectacular to see them glide across the ice. They achieved the gold medal for mixed dance and prior to the Olympics we watched a documentary on their preparation. Their passion for storytelling through figure skating is fascinating. So, imagine our delight when we found out Stars On Ice will be returning to Montreal on May 2nd at the Bell Centre and Virtue and Moir will be performing!

The Stars On Ice show began in 1986 with Scott Hamilton and his manager, Robert D. Kain of IMG, after Hamilton’s contract with Ice Capades was not renewed.

“The greatest ice show on earth started with such a simple notion. Back in 1986, we wanted to create a show that was all about skating. We believed our fans would appreciate sophisticated skating, cutting-edge costumes and challenging choreography. After 30 years, I am honored by the success of our simple notion. Stars on Ice exists to entertain you. But it has also given me the incredible opportunity to do the work I love and am proud of. For that, I humbly thank you.” – Scott Hamilton

See what happens when one door closes? Amazing. I love the story behind Stars On Ice and I can’t wait to go with Papa MOE and the boys.

And lucky for YOU, Evenko has given me two tickets to give away to one of my readers!

Simply fill the Rafflecopter below and be sure to leave a comment below (your mandatory entry) telling me what you love about figure skating and if you have a favourite performer. Deadline to enter is April 25th, 2018 at 11:49pm. Open to Canadian residents only, tickets are not transferable, so you must be available for the Wednesday show at 7pm.

What I love most about figure skating is how their speed and power is translated into something of elegance and grace on the ice! I love watching ice dance. I love how their moves all intertwine into a story on the ice! Of course, my faves are Tessa Virtue and Scott Moir!

What I love most about figure skating is the grace and elegance with which they move across the ice. It seems almost effortless! My favorite is the ice dancing and of course Tessa and Scott! I want to go and see this so bad!!!!!

I love figure skating because it’s so beautiful to see! And my favorite performer is Elvis Stojko! 😀

I love soooo much figure skating because it was my dream to do that when I was a child, and I never had the chance to try it! My favorite performer is Elvis Stojko. Thanks for this wonderful contest!

What I love most about figure skating is how elegant everyone is when on the ice!! I’m always so impressed with the jumps and spins and I love ina bauers and cantilevers!! I have so many favourite skaters but my favourite going to Stars on Ice in canada is definitely Javier Fernandez and VirtueMoir!!

Figure skating is amazing!
It is a mix of sport and art!

I’ve always been so intrigued by figure skating, something about the costumes, the music, the way they glide across the ice so smoothly, it’s truly an art! I would love to go to something like this – I think it would be totally awesome!

I love how Canadian the sport is. It is both powerful and graceful. I have loved watching Elis Stojko ever since his very first quadruple axle.

Would love to take my wife, she watches figure skating religiously and is glued to the TV during the winter olympics!