What Constitutes A Hero? 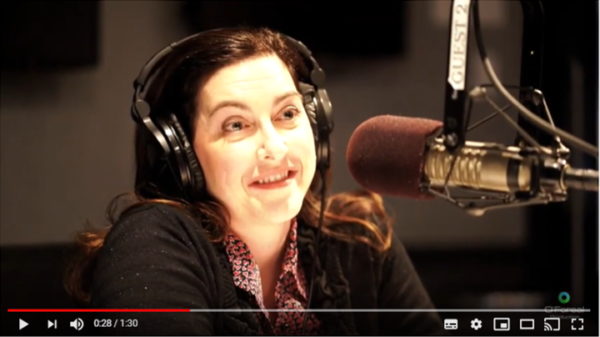 What do you consider a hero to be? Is it a person with super-human powers? An anomaly that can lift buses or stop world disaster? Or can it simply be a friend helping you when you need it? Can it be a parent being a hero to their child? Heroes come in all shapes and sizes, and a hero can be someone making a difference for many or simply a few.

I had the absolute pleasure of speaking with Balarama Holness on his new CJAD radio show called Montreal Heroes. I was touched that I would ever be considered as such and would never call myself a hero. We spoke about Shopping From The Heart, its milestone 10th anniversary year this year, and how it came to be. My friend, Akilah Newton, founder of Overture with the Arts, nominated me and that made me even more emotional (because look her up and you will see what a powerhouse she is). Gabriella, a video creator from O’Foreal Productions, was filming during our chat and she made this incredible clip, I had to share it with you.

As well, you can listen to my full conversation with Balarama in the CJAD clip below. I could have talked with him much longer. I definitely have a passion for this charity event.

I spoke briefly with Balarama after the show and he explained his premise behind Montreal Heroes. As he has said, not all heroes wear capes and not all heroes consider themselves as anything more than a person saying thank you or helping in their own way. I am thrilled that Balarama is hosting this new and truly much needed show filled with inspiration, recognition and positivity.

To listen to Montreal Heroes, visit CJAD 800AM.

A big thank you to Balarama for having me on and Akilah for nominating me. If you know a Montreal Hero, nominate them to be on the show too! Send an email to heroes@cjad.com . Let’s hear about more positivity for the things that can make a big difference.

Penny For Your Thoughts?