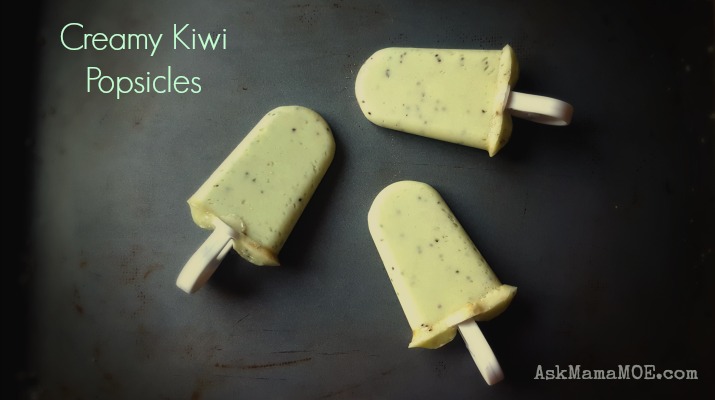 I don’t know if this is technically a ‘green’ popsicle since there isn’t any spinach or kale in it, but it has a green tint to it because of the fruit, so I say it’s green enough!

I was so happy to find a new combination of ingredients for a refreshing popsicle.

Our standard always seems to include a banana, some berries and sometimes, yogurt. And even though they LOVE that combination, I wanted to try something new.

Here’s a new recipe for a homemade popsicle that your children will gobble up! They are so sweet and refreshing!

In a blender,  mix together:

We like Iogo probiotic vanilla, but any yogurt will do, even a plain yogurt could work.

Then fill up your popsicle holders and you have a delicious summer snack for the kids. It’s also great for after school or even as a breakfast treat! Everything in it is good for them so it’s a win, win!

My boys absolutely love them.

*Note* We had honeydew that was not very tasty and the kiwi were getting mushy so it was a perfect way to save both fruit. If you don’t know that about me yet, I absolutely hate throwing away produce of any kind. So finding a green popsicle that saves produce, and that everyone liked was thrilling to me!

(Pin this for later) 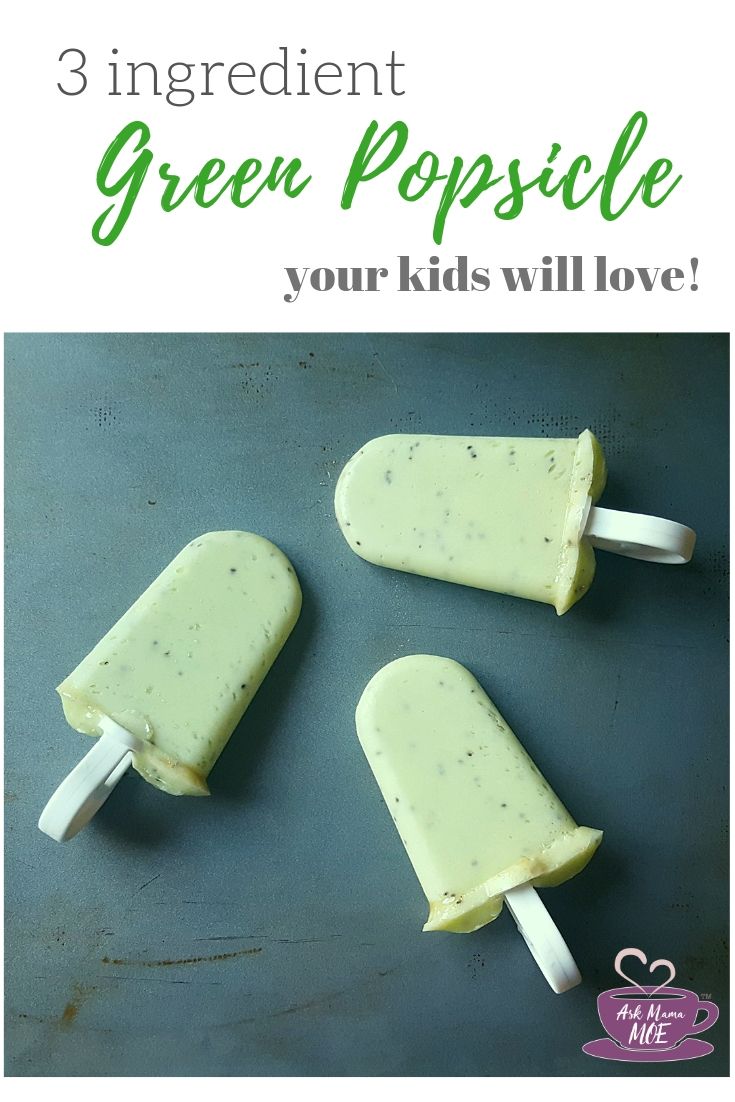 A Family Trip to the Country Fair {#savingsummer}

Learning Skills for the Future with Inventor...

Top 10 Food Confessions from a Montrealer...