Building On Childhood Memories – A Chat with Sharon and Randi Hampson 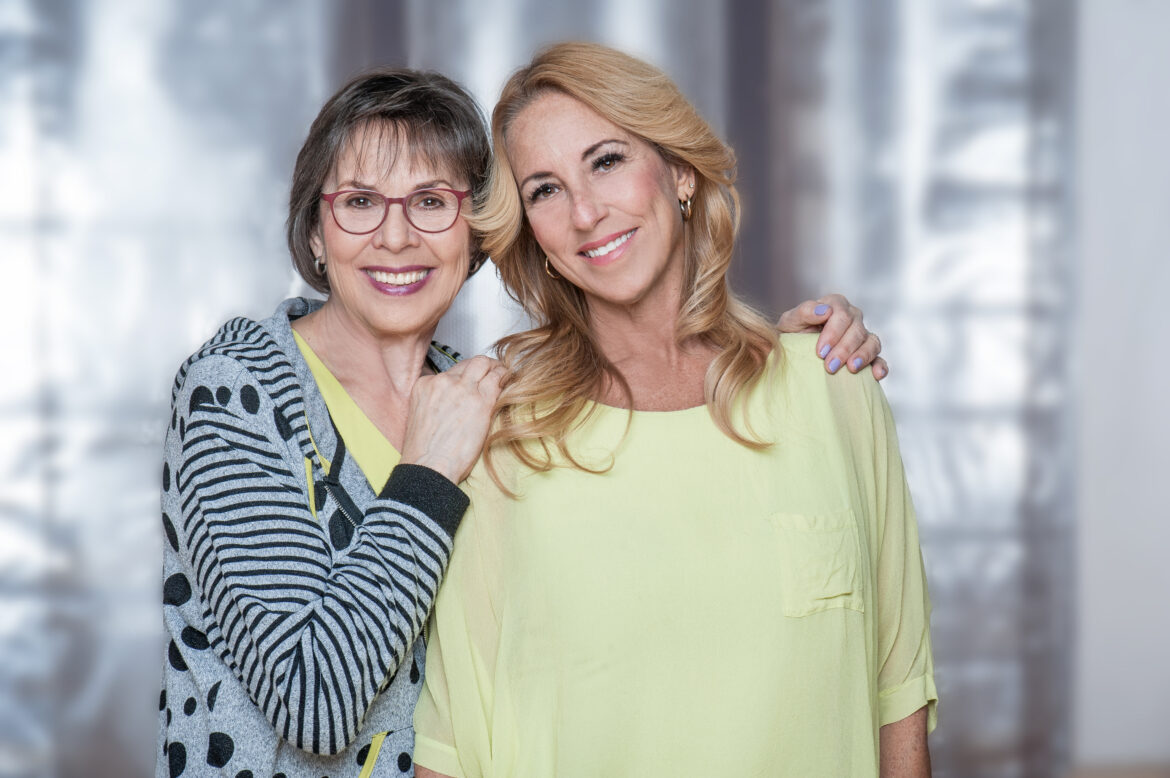 It’s fair to say that if you were a child born in the late seventies to early eighties in Canada, you knew and adored the musical trio phenomenon, Sharon, Lois and Bram.

Not only are they the OGs of children’s music, but they were everywhere: on the radio, on our record player, on television and on tour. It was a magical time for children such as my sister and I to attend our very first concert and have Sharon, Lois and Bram up on stage, requesting us to participate in songs like Skinnamarink and One Elephant. We became a part of the music!

Yes, that was my first music concert, and I can honestly tell you that even now, decades later, I have vivid memories of that event. Why? Because as we say now on the internet, it was a core memory created. 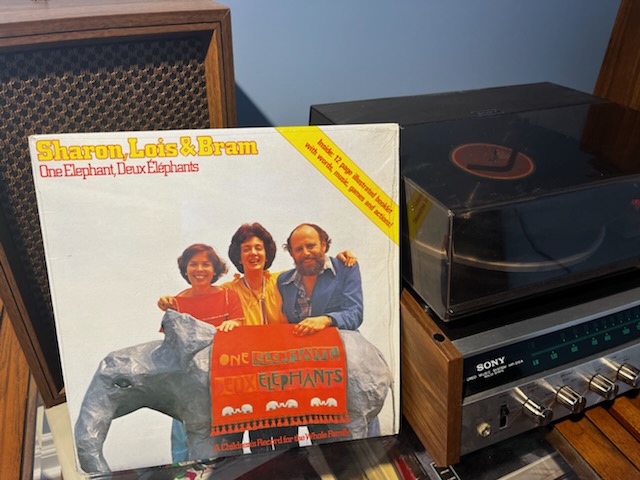 The record that started it all (is still in my basement!) This 1978 record went on to become a certified triple platinum album!

The Source of Music for Children – Classics Remain

Jump to my newly parenting years, and music for children just hit different. Heck, everything was different! Gone were the days of finding local radio stations playing children’s music. There were lots of pop remixes, kids became the performers, television shows for children were big, and nursery rhyme songs were nearly extinct. What I heard more than a few times from parents then was their children would have to like their music, because they didn’t want to listen to children’s songs. Sigh.

I knew what I had to do. I found my childhood musical legends, Sharon, Lois and Bram. They would help me show my children exactly what’s what. AS a parent listening to the songs a second time around, I appreciated their combination of traditional nursery rhymes and stories with folk, pop and jazz melodies. And their harmony was golden. 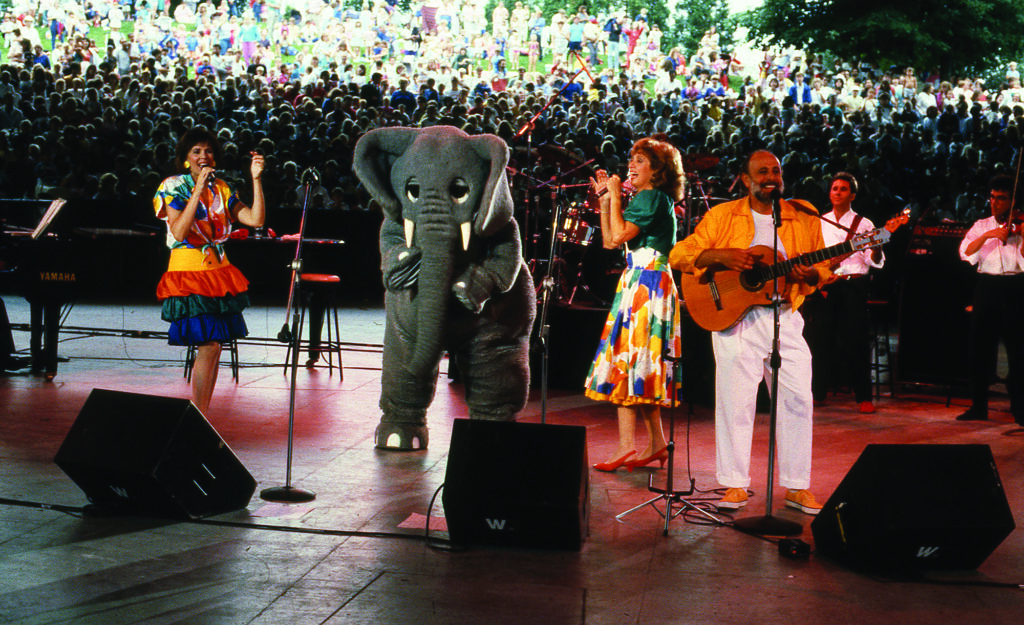 Just look at that crowd! Parents and children LOVED seeing Sharon, Lois and Bram perform, along with Elephant and the band. Photo credit: Elisabeth Feryn

I started playing CDs for my boys, even before they could join me with the hand gestures. I would sing the songs to them as they finished their meals in their highchairs, and they would be completely enthralled with my performance!

As they grew up, we would dance and sing to the music and when they got older still, they learned to harmonize and pick parts to sing in the songs that Sharon, Lois and Bram song with such elegance and care. Songs like How Much Is That Doggie in the Window? and Fish and Chips and Vinegar were so fun for them, as they all had a singular part to sing for the song to be complete. My three boys became our sing-along trio at home, thanks to Sharon, Lois and Bram. 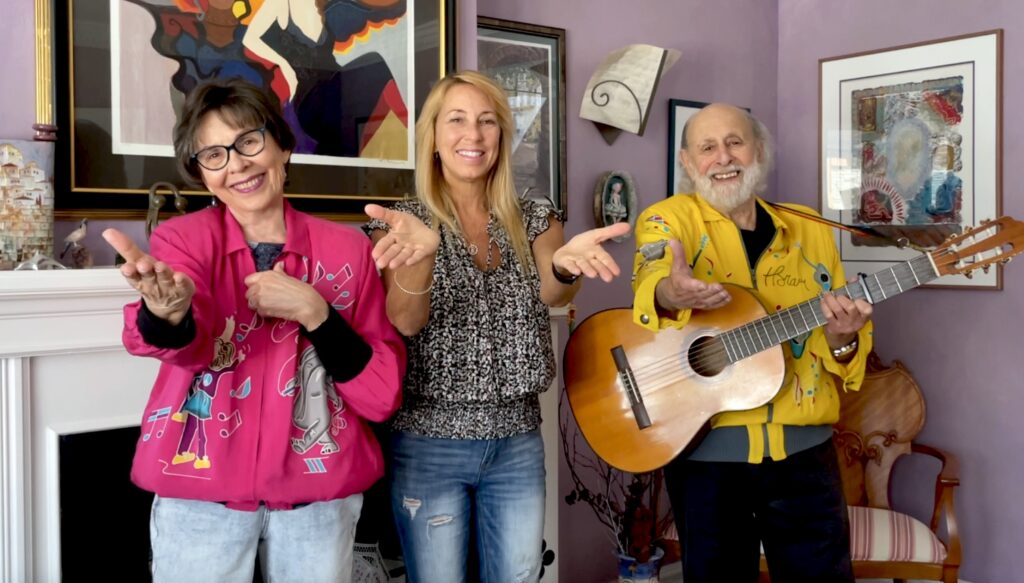 Having a Chat with Sharon and Randi

There is no question that children’s education and wellbeing is deeply rooted in music. For their contribution to children’s music, Sharon, Lois and Bram were honoured in numerous ways, including three Juno awards, and an induction into the Order of Canada. Their career has spanned decades, and Sharon, Lois and Bram are still connecting with adult fans and young children with their content. With old favourites and new songs and storybooks, TikTok challenges and viral videos, it seems there is nothing they will not try. Lucky for us!

To say I was excited to speak with Sharon Hampson and her daughter, manager and singing partner, Randi, would be a serious understatement. (Bram Morrison is now semi-retired and unavailable for this interview) I could have chatted with them all day. My inner child had a billion questions for them, but we stuck to a few subjects. Mainly, their brand-new book, One Elephant Went Out to Play and their new single, One Elephant Went Out to Play (All Friends Version). Both book and song are beautiful extensions to the song I grew up with, including everybody in the fun.

As you can tell by my interviewing, I was a little nervous and ridiculously excited to talk to Sharon and Randi. Enjoy!

Did Sharon of Sharon, Lois and Bram just wish me happy blogging? Yes, she did!

The new book, One Elephant Wnet Out to Play is now available now on Amazon and their music can be found on the Sharon, Lois and Bram website. 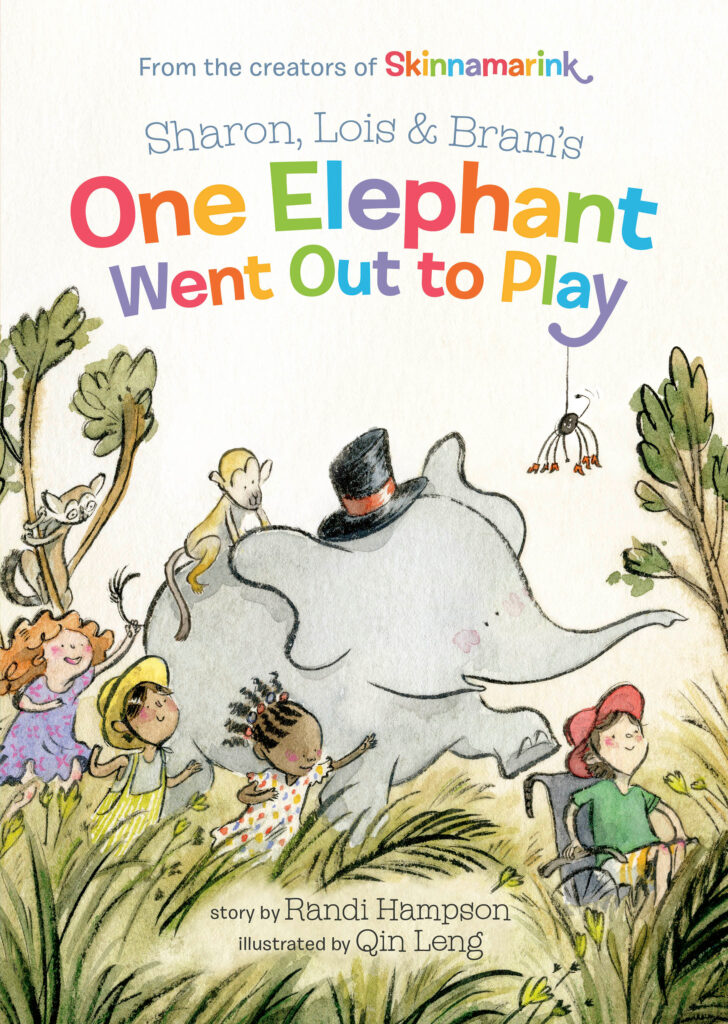 As Sharon and Randi explained, there are a lot of exciting projects coming up for their young and older fans. To see their upcoming events, visit this link to their website events page.

To join the fun and follow along, please visit them on:

Their website: SharonLois andBram.com (where you can purchase their music and memorabilia!)

And finally, their newest success on TikTok where you can join the millions of fans that have made duets with them to Shinnamarink (look up #skinnamarinkchallenge) 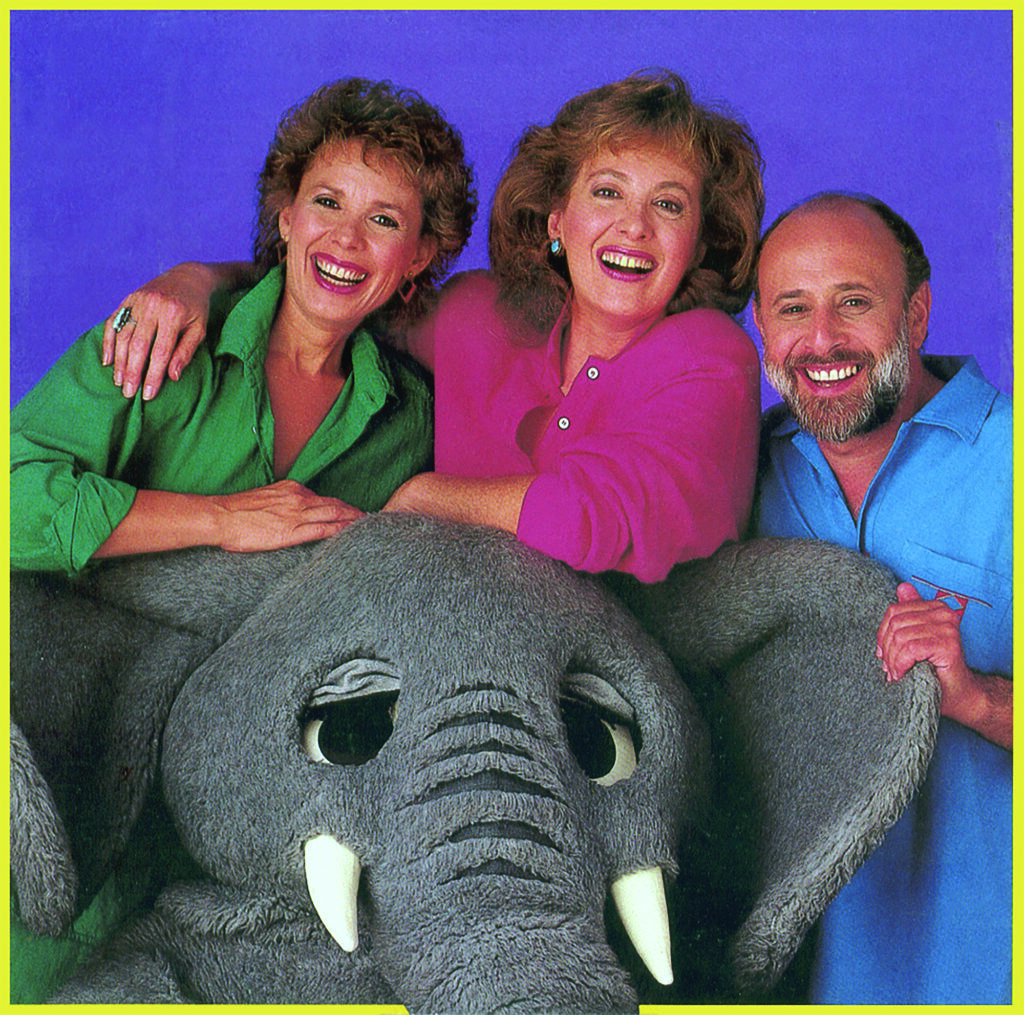 Many thanks to Sharon and Randi Hampson for their time and for spreading even more joy to me some few decades later.

Adventure in the Old Port of Montreal – Voiles En Voiles is a Family Hit!

The Back-to-School Moment That Got Me in the Feels

How To Use An EpiPen