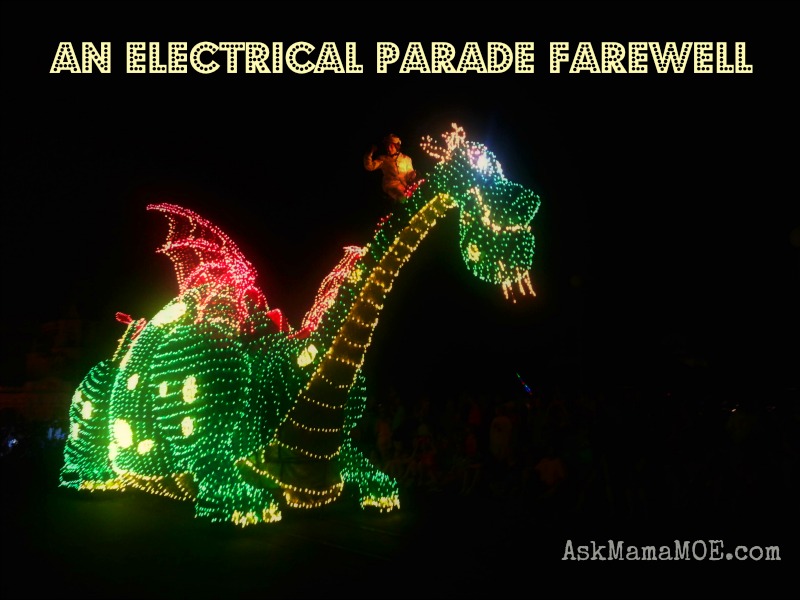 The big news over at Walt Disney World this week is that the Main Street Electrical Parade will be leaving its Florida home and moving over to Disneyland in California. I was so sad to hear this, especially since this year when my family and I visited Walt Disney World, we didn’t make it to see the parade.

I definitely was not alone. After sharing this news on my Facebook page, a lot of you responded with sad emojis and comments. Even though Disney has created incredible parades since the launch of this 70s classic, I still hold the Main Street Electrical Parade in my heart as my all-time favourite.

When I did some reading, I was surprised to learn that the Electrical Parade has actually moved around quite a few times already. It originally began in 1972 in California. And then on June 11th, 1977, the parade began its 14 year run in Florida. It then had two more runs there, and it’s been steadily running in Florida for the last five years.

In my mind, it was running all this time since I was a baby right on Main Street USA, Florida, because as everyone knows, our memories are solidified in time and we sometimes imagine that the world hasn’t changed even after we have. I first saw the Electrical Parade when I was just 4 years old, and it blew my mind. The introduction, the music, the lights – my head was spinning! When I heard the news about this change without any knowledge of how many times it moved already, I was devastated!

If you are planning on visiting Walt Disney World before October 9th be sure to check the times and dates of the Electrical Parade. There are some dates it will not be running before it leaves and it would be a shame to miss it on your trip! To see more information on the dates and times, click here. 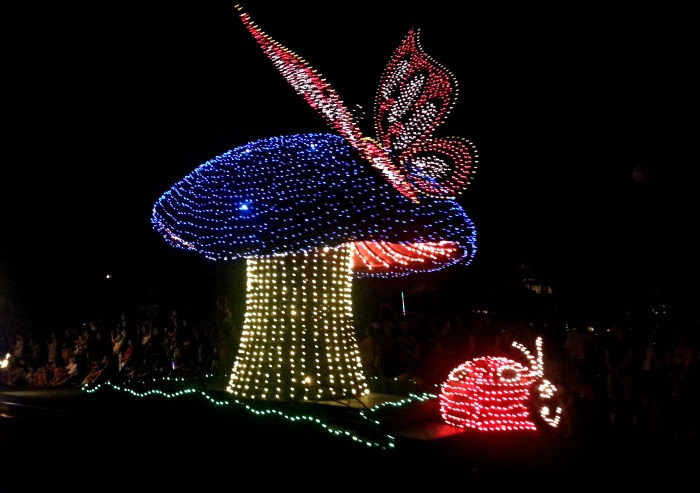 I was never able to get really great pictures but they still evoke such nostalgia!

Also, there is great news for those who want to see the Electrical Parade march down Main Street in Magic Kingdom from their own home. Walt Disney World will be live streaming the parade on August 28th, 2016 at 8:55 EDT to give it a proper send off.

Disney has invited their guests to join in the fun by tweeting their favourite Electrical Parade part of memory to @DisneyParks with the hashtag #insideDisneyParks .

After seeing the new movie of Pete’s Dragon, I can tell you that my favourite character was and has always been Elliot. When I was little, seeing smoke come out of his nose and Pete sitting on top near his head was outstanding!

I know we will be watching the parade all together as a family – I can’t wait!

UPDATE: The live stream has been added on the Disney Parks YouTube channel. Click here to see it anytime 🙂