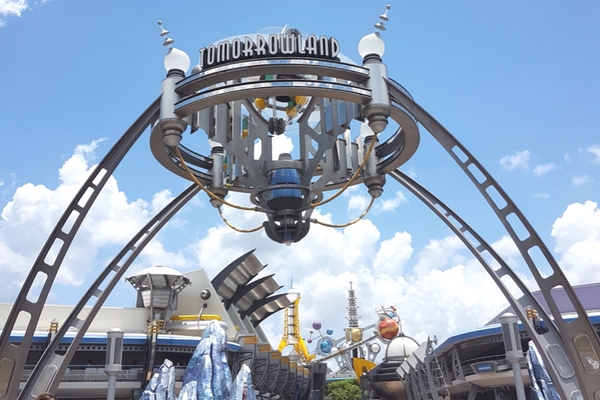 One of the nicest rides at Walt Disney World’s Magic Kingdom is the Transit Authority PeopleMover. It’s perfect when the heat starts to be too much and everyone needs a break. I personally love the aerial view of Tomorrowland and the chance to pop into other rides from the top.

When you ride through Space Mountain, you are pretty much in the dark! But it’s so fun to hear the sounds of the ride and the screams from the people riding! And there is nothing like seeing Cinderella’s Castle from above. It’s a magical view.

The attraction opened in 1975 and was created based on the PeopleMover at Disneyland. As you can see, this is a slow-moving tram, perfect for all ages and usually doesn’t have a long wait because it is constantly moving.

With the future in mind, Tomorrowland’s PeopleMover accelerates magnetically using emission-free linear induction motors, making it better for the environment than a standard engine.

Here’s a video I did while I was there with my friend, Bita. The ride is actually ten minutes, but I edited it down for the video. It will give you a sense of what the ride is like.

If you are wondering about that picture of me on the purple wall, it is a coveted selfie wall as soon as you get into Tomorrowland (to the right). Special thanks to Serena of @LivingbyDisney for letting me know exactly where it is! And like she mentioned, this wall is so popular, it even has its own Instagram!! Check it out the hashtag, #purplewall. 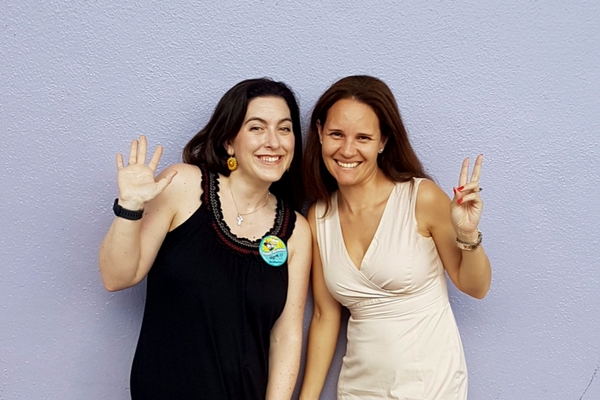 Hey from the #purplewall at Disney World!