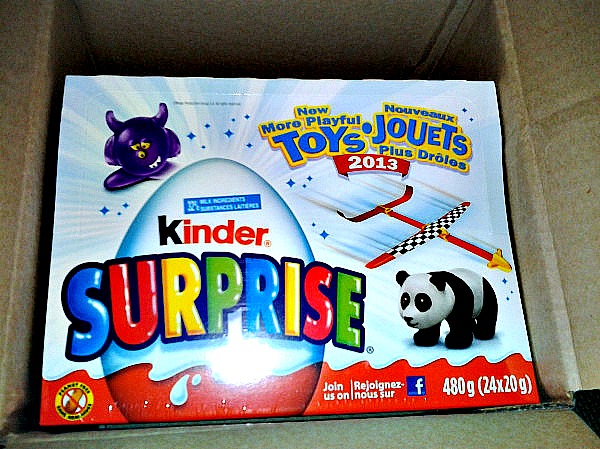 Perhaps I haven’t mentioned it, but those you know me, know that I am a chocoholic. I pretty much have a piece of chocolate every day (…reaches for chocolate while typing). And although it is a staple in my diet, I have made it very sparse in the home because I didn’t want my kids to be hooked on sweets at a young age. Believe it or not, my first little one didn’t have chocolate until he was three years old. It’s true! (Of course things changed drastically for the twins, as most things do.) And do you want to take a guess what his first chocolate was? That’s right: 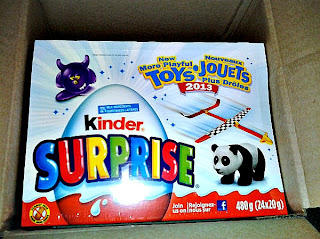 Kinder chocolate was his first taste of chocolate, and since then, he has not liked any other chocolate! Because Kinder has such a soft, creamy milk chocolate taste, he wouldn’t go for other chocolates easily. Which, let’s be honest, is not a problem with me! Chocolate chip cookies? No. Chocolate cake? Nope! Chocolate icing on cake? Smeared away before he even took a bite. You know how we got around it sometimes (for example if we were at a birthday party and we tried to be polite)? I would tell him “it tastes just like your chocolate eggs” – true story!

So, my friends, when I was chosen to be a Kinder Mom this season, I was very proud to tell my children the news. At first I don’t think they believed me! But when the package came in the mail a couple of weeks ago, they went berserk! They were so excited about the new toys that it became a highlight in our days until they were all gone. Here were some of their favourites:

When Halloween came, they shared some eggs with our neighbour friends. They were adamant on telling them to PLEASE let them know what surprise toys they got since they knew all the toys were new. Too funny…

And then the sweetest thing happened. Our closest neighbours’ daughter and family live in the US and they were affected by hurricane Sandy. So when they came to their parents, we were kindly asked if we could recreate Halloween for their granddaughter since she missed it. She is a sweetheart and my kids adore her. They were so excited to make her a special Halloween bag filled with drawings, toys and their very last Kinder Surprise Egg. I was so happy to see that they really do know how to share. Kinder Surprise Eggs have been giving my three children great play time with us too. They love showing off what they got out of their eggs.

So am I proud to be a Kinder Mom? Absolutely!

Be sure to check on the Kinder Facebook page for upcoming giveaways, ideas and to see more of their new Kinder Surprise Egg toys!

Disclosure: I’m part of the Kinder® Mom program and I receive special perks as part of my affiliation with this group. The opinions on this blog are my own.

I’ve Become My Own Barista (and you...