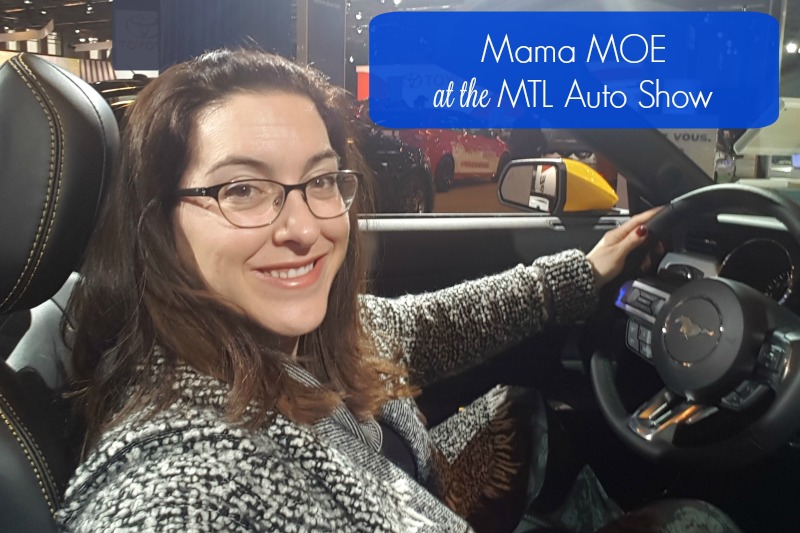 I recently had the opportunity to attend the Montreal Auto Show, thanks to Ford Canada. I was able to go inside the auto show before it began to listen to a panel of Montreal entrepreneurs talk about the ups and down of creating their brand and expanding their business. It was interesting to hear what they had to say about their experiences, and all that they have achieved thus far. 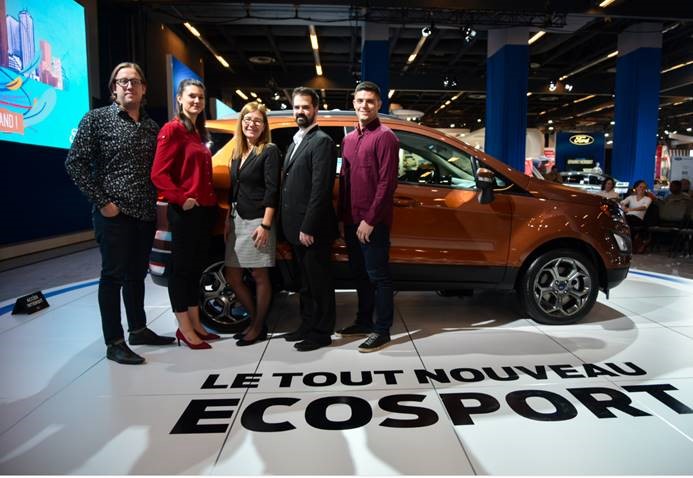 The panel included Simon St-Germain of PixMob, Marie-Philippe Simard, founder of Chic Marie, and Marc-André Bovet, cofounder of Oatbox. The panel was hosted by Jean-Benoît Aubé, of ‘École Entrepreneurs MTL and Christine Hollander, Director of Communications at Ford Canada.

A few years go, Ford Canada gave me the incredible chance to visit the Detroit Auto Show with them, so it was nice to see the auto show in my hometown of Montreal as well.

This event was also an opportunity for Ford Canada to reveal the 2018 EcoSport; the compact SUV with a tagline to Go Small and Live Big. “Younger North Americans are leading the trend to go small while living big, choosing to spend their time and money sharing experiences with friends and family instead of buying more stuff,” says Chantel Lenard, ‎executive director, Ford U.S. Marketing. “EcoSport is ideal for these customers. It’s our smallest Ford SUV, packed with features and personality.”

I spoke with Christine Hollander after the panel discussion and here is what she had to say about the EcoSport:

If you would like to see the 2018 Ford EcoSport up close, or if you want to sit in a Ford Mustang or try your hand at racing in a Ford simulator, or maybe you want to check out Hank the Robot, you can do so at the Montreal Auto Show until January 29th.  You can visit the website here.

Are You Drinking Healthy Water?  A Zero Water Review

How Encircled Can Help You Dress With...