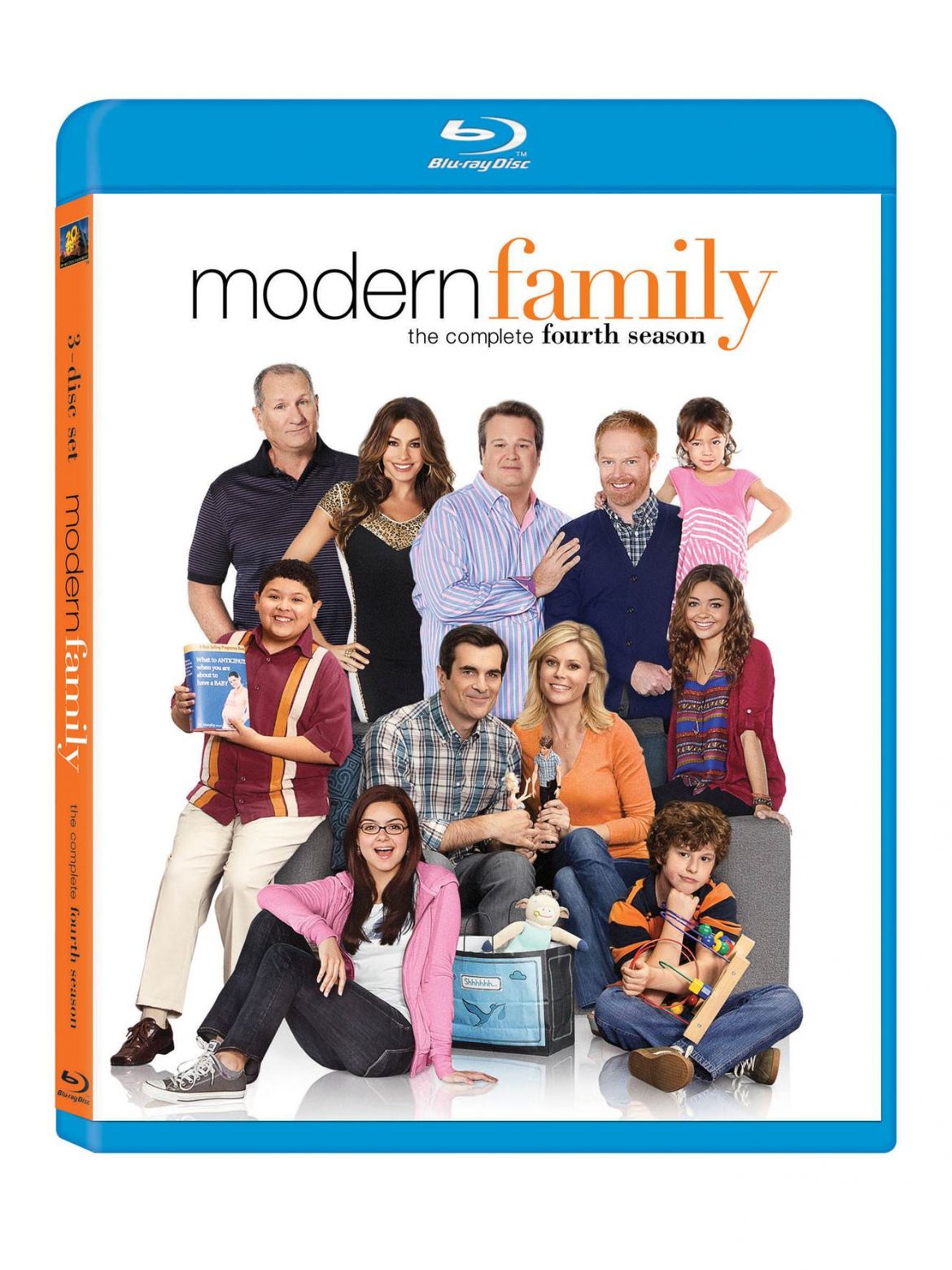 There are so many new television shows this season, I can’t even keep track of them all!

Thankfully, there are a few I can’t live without, that help me smile for the week and relax my mind. One show I’ve been watching since it started is Modern Family. From the very beginning, I thought it was perfect. It has everything I enjoy in a good show: fantastic acting, witty comedy that sticks with you, and no unnecessary crudeness just to get a laugh.

Do you ever have a moment where you are doing something very banal and then remember a joke or funny clip from a movie or show and suddenly break out laughing?  Modern Family is the kind of show that does that for me. There are a handful of shows that stand the test of time. The Dick Van Dyke Show, The Carol Burnett Show, Golden Girls, Friends, Mad About You, The Catherine Tate Show and few others, are the shows I gravitate to when I need a laugh. Modern Family is on that list too.

If you haven’t seen the four-consecutive-Emmy-winning-best-comedy show yet, the premise is simple: it’s a modern family centered on three homes – the father and his new wife, the daughter and her family and the son and his family. The mockumentary filming of the three-part storyline always combines the whole family which is so great. The collection of actors on this show are so well put together that every part has me in stitches.

Not long ago, I was asked to review the fourth season of Modern Family and I was SO excited about it because I hadn’t had a chance to watch one episode of the new season yet. The whole show had passed me by and I was missing it. Since I don’t have cable, I stream my shows from their corresponding station apps, but I was so far behind, I missed them all.

The box set was sitting there waiting for me for a while and I just didn’t’ have the time to check it out. Then a couple of weeks ago I was sick. So sick that I just wanted to sit on the couch with tea and rest whenever the kids were at school. And so I took that opportunity to do a Modern Family marathon! It was incredible! I loved it! It changed my mind, helped me feel better emotionally and made me laugh. Here is the season 4 summary:

With Jay and Gloria’s baby on the way and Haley going off to college, the entire Pritchett/Dunphy clan faces some major surprises as they bicker and bond over house-flipping headaches, unwanted play dates, and everything from hot-tempered hormones to in-utero karaoke.

Naturally, I want to spread the laughs with you, my fantastic readers. So guess what? I have a Modern Family blu-ray box set of season four to giveaway to YOU!

To enter simply leave a comment below letting me know how what makes your family a modern family. I can’t wait to read your comments! Entries will be accepted until November 20th at midnight. The winner will be randomly drawn and this giveaway is open to Canadian and US residents.

Remember How To Never Grow Up

Our family is like modern family in that we have lots of loopiness and large personalities that can’t admit that they do wrong.

What makes us a modern family is that there is such a big age difference between our kids. My daughter is 7 and my son is 11 months. It’s fun having an older kid help out and it’s cool that she will actually be able to remember her brother being a baby.

I don’t know if I consider our family a modern family, but the dynamics in our family is definitely like the show Modern Family. The things our kids do and say certainly makes our head shake. They probably pick it up from us, since my husband and I are very quirky at times.

My family would be considered the modern family. We go camping, walking the dog, shopping, visiting family and friends. My husband always thinks my baby girl and I are hilarious because we come up with some quirky things. We try to keep up with all the new hip stuff but yet keep to our traditional ways also. Thanks for the giveaway. My husband is always laughing at the commercials.