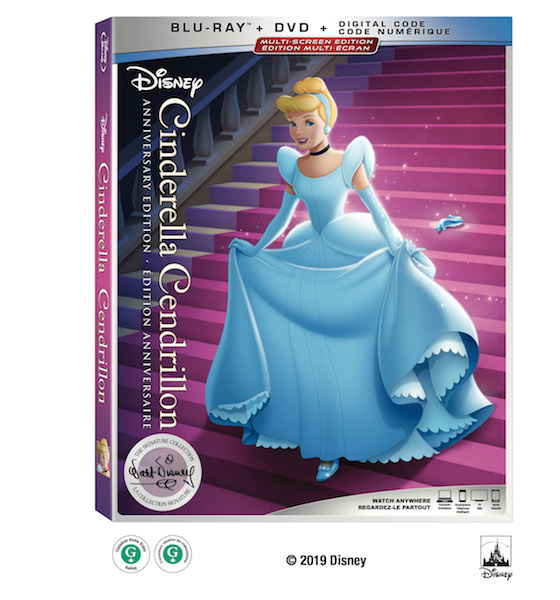 Walking down Main Street in Walt Disney World is a magical feeling, especially in that first moment when you see Cinderella’s castle! There is nothing like it! So many parades, firework shows, and special events have all taken place there. Do you remember the story of Cinderella? I mean, do you really remember the Disney animated version? When was the last time you saw it? Would you believe that the Disney animation of Cinderella is celebrating its 70th anniversary?! What a wonderful time to re-watch the classic animation with your family.

Now available on digital and on Blu-ray™

See if you can remember all these classic moments in this new trailer:

Not one, not two, but THREE lucky readers will win a Blu-Ray pack of Disney’s Cinderella: Anniversary Edition!

To enter, leave a comment below telling me: who is your favourite character in Cinderella?

** For all extra entries, you must leave your handle (and link for tweets) in each comment below for verification.

The deadline to enter is July 19th, 11:59pm. The winner will be notified by e-mail. This giveaway is open to Canadian and US residents. Good luck, everyone!

Everything is Still Awesome – LEGO Movie...

Basketball Fans Gets Ready – The Harlem...

I love Cinderella! She is my favourite in the movie. 🙂

Gus Gus is the cutest little guy, my favourite character since I first saw the movie.

Cinderella is my favorite character.

The Fairy Godmother is my favourite!

Gus, Gus because he is funny! according to one of my daughters

I subscribed to your newsletter as Cheryl Morreale.