The Backyardigans Deep Sea Adventure Tour {with a giveaway!} 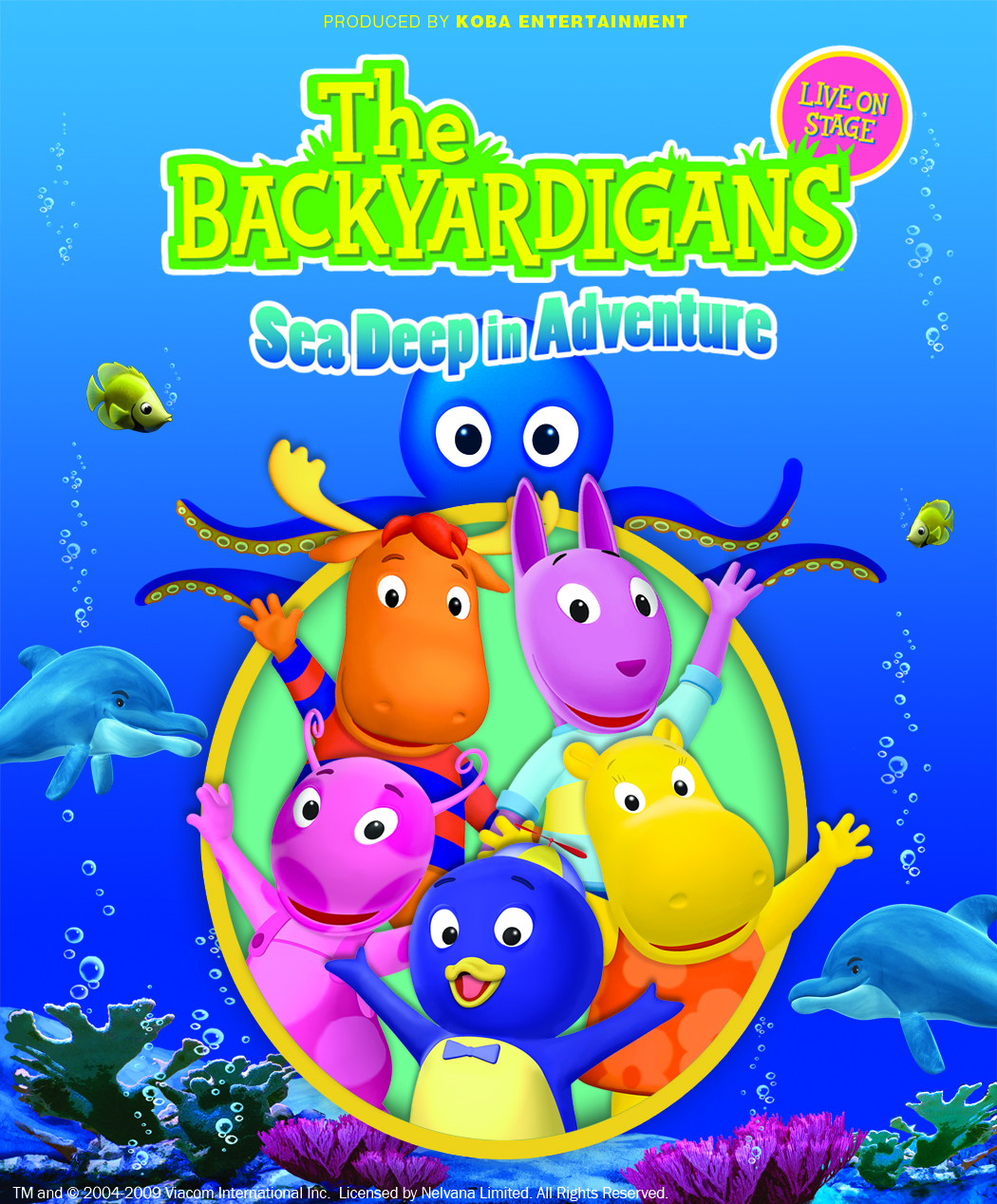 Your backyards friends, the Backyardigans are coming to Montreal next week on April 12th and Ask Mama MOE and Koba Entertainment want you to go!

Before my first little one was born, I was given Backyardigan stuffies and a CD as a baby shower gift. I was clueless! I didn’t know the show, the music or the characters.

Shortly after my son turned two, I pulled out the gifts and we listened to the music, and wouldn’t you know, he loved it. And I am going to be honest with you, I didn’t mind the music either! I actually thought how clever they were because a lot of the songs have a feel of similar great songs from different genres and decades, while including words that kids can understand and sing along to.

Now my twins are in the stage of loving the stuffies and singing along to the very catchy tunes of the Backyardigans gang. And the show is really popular in our home too. The Backyardigans is the top-rated preschool television program and it airs on Treehouse TV in Canada and Nick Jr. in the US.

Two years ago the Backyardigans tour came to Montreal and I took my oldest. At four years old, it was a great show for him. He loved it! And now, the Backyardigans are back with a whole new story and my twins will have the same fun time as their big brother.

Pablo, Tyrone, Tasha, Uniqua and Austin are the characters that take children from their backyard to faraway places filled with adventure, and this time their adventure takes place under the sea.

“Who explores a coral reef, discovers a seaweed farm, and joins the jellyfish ballet – all before snack time? The Backyardigans! Dive into the action as these five friends as they explore clues, discover underwater magic, and match wits with an egocentric, seaweed farming octopus and a pair of playful dolphins.”

What to expect with The Backyardigans Live On Stage

For all information on the Backyardigans Live! On Stage tour, visit www.TheBackyardigansOnTour.com

I think this is a perfect show for children at the preschool or Kindergarten age. Even though my oldest still will sit down to watch the television show, I don’t know if he would love the live performance like my twins will.

Koba Entertainment is giving one lucky Ask Mama MOE reader a family pack of four tickets to see the Backyadigans on April 12th at the St Denis Theater. The show is a 1pm so clear your calendar and be prepared to go with the kids!

To enter the giveaway, simply tell me your child’s favourite Backyardigans character in a comment below. Be sure to include your e-mail address where I can reach you if you win.

The giveaway will end at 11:59 PM on Thursday April 3rd, 2014. The lucky winner will be notified by e-mail. Open to Canadian residents only. Remember to include your e-mail in all entries!

Disclosure: I have been given tickets for the above mentioned event to write this post. All opinions, as always, are my own.

I’m Going to #TakeTheLeap With a Little...

The Mama With The Magic Purse

Tasha is my daughter’s favorite character and i know she would be super excited to see them live…hoping we win 🙂 Thanks!

My son’s favorite Backyardigan character is Tyrone! Would love to win some tickets to the show – thanks for the chance! 🙂

She loves Pablo. Cause she loves penguins

My 2yo loves this show, so far she loves Tasha!

My 4 year old LOVES Tasha… a little too much!

My 4-year old daughter’s favourite character is Tasha! She’s never been to a live show and this would be a huge treat for her! 🙂

Ohhh my daughter would love this!!!! Her fav is Tasha.

Hi, our 3yr absolutely LOVES Pablo!! Every Penguin he sees is called Pablo 🙂

re-tweeting for another chance!

Cameron loves them all, he doesn’t need to choose and would have a blast at the show, hope we get to go!

My daughter and son both adore Pablo! Their favourite song is “A Pirate says ARGH!”.

We had to give our tickets away 🙁 but hoping to catch Dora or some other characters this summer/fall. Koba Entertainment has so many great shows!

My little one loves Pablo the Penguin!