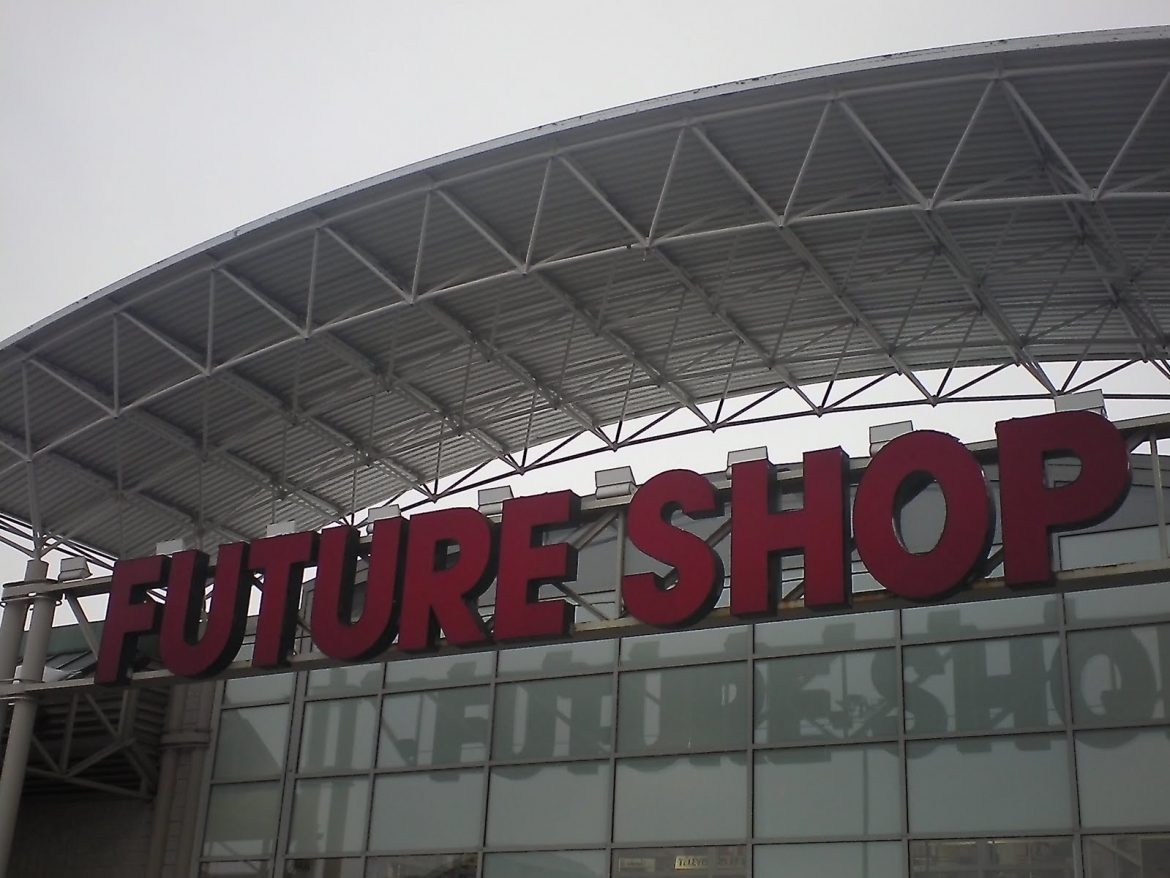 A while back, after I attended the Shes Connected Conference in Toronto, I applied for this great opportunity. Toshiba Canada and Shes Connected have chosen 44 bloggers in two waves to participate and I am thrilled to let you know that I was chosen in the first wave! Toshiba so graciously sent me a Camileo camcorder for my project. I have to admit, when the camcorder parcel came, I was so pumped to begin my assignment!

My Mission:
With my Brand Ambassador status and my Toshiba Camileo camcorder in hand, my mission was to visit a local retailer and check out the Toshiba Tablet or the Toshiba 3D TV (Passive 3D TL515 Series). I was lucky enough to meet with Toshiba during the Shes Connected Conference and I took a pretty good look at the tablet while I had the chance. I myself already have a tablet that was gifted to me (brand to remain nameless!) so I was intrigued to see what Toshiba’s new tablet was offering. Because I didn’t get a good chance to see the 3D TV yet, I was hoping to review it for this assignment. However, after visiting a local Sears with no luck, I opted to review the tablet instead at my local Future Shop. Out of curiosity, I asked about the Toshiba 3D TV at Future Shop. A suit answered, “I didn’t know Toshiba carried 3D TVs”. He’ll be seeing them soon, I’m sure. I was giving him a head’s up! Leave it to us bloggers to get the word out!!

I met with, Neils, a super-friendly, upbeat representative that was jam-packed with knowledge on tablets. 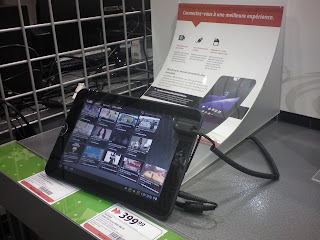 Now, as much as I love gadgets, when it comes to the technicalities of computers and tablets, I’m not as up on the updates as I thought I was. So I told Neils I wanted the information in simple form: “What makes Toshiba’s tablet so great?” And after a good forty minutes, I could see…there was a lot that made it so great!

Toshiba’s tablet is perfect for all the things I do on a computer or tablet: read, type, watch TV shows and movies, check my e-mails, listen to music, play games, and connect on Facebook and Twitter. The biggest advance in Toshiba’s tablet, powered by Android 3.1, Honeycomb, is that it is very customizable. With features such as an expandable memory, mini-USB, HDMI and USB ports, Flash compatibility (yes!), a replaceable battery, it is clear this tablet can grow with your needs. It’s unlikely I would feel the need to upgrade to the next version of a tablet since Toshiba has thought of everything to keep this tablet upgrading itself. A front and rear facing camera is also a feature, which is most convenient for Skype calls to friends and family – something I would have loved when I was away from home, long before tablets came out! Back then I had to set a time aside and hook myself up to a Skype-like connection. With a 2 megapixel front facing camera on the Toshiba tablet, you could really be anywhere and the quality will be great.

Because Toshiba is powered by Android, Neils explained there are much more applications to choose from, making your tablet more personal. Instead of a standard template screen filled with icons, there are ways of setting up your screen without any apps showing – nice for those who want to leave out their tablet on display while it’s charging. 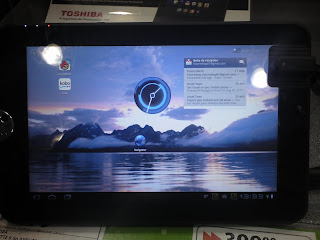 According to Neils, if you went with the Toshiba tablet at 16G memory for a retail price of $399.99, and added about $20 worth of applications (including some free ones), you would have everything to compete with the new Apple iPad and yours would be completely customized and….at least $100 less! Since I like the ability to create a tablet that reflects my personality (as all bloggers are, I think!) that pretty much sold me.

By the way, if you are in the Montreal area shopping for your Toshiba tablet, go say hi to Neils! He’ll take care of you! (He was very excited to be part of this post) Thanks Neils!

Disclosure: I am participating in the Toshiba Brand Ambassador program by ShesConnected. I received a Toshiba Camileo in exchange for my participation in this campaign. The opinions on this blog are my own.

Great Post! I have the Tablet and I just love it.

“Because Toshiba is powered by Android, Neils explained there are much more applications to choose from, making your tablet more personal.”

I wholeheartedly agree! One of the things I love about the Toshiba Tablet/Android is the customizability!