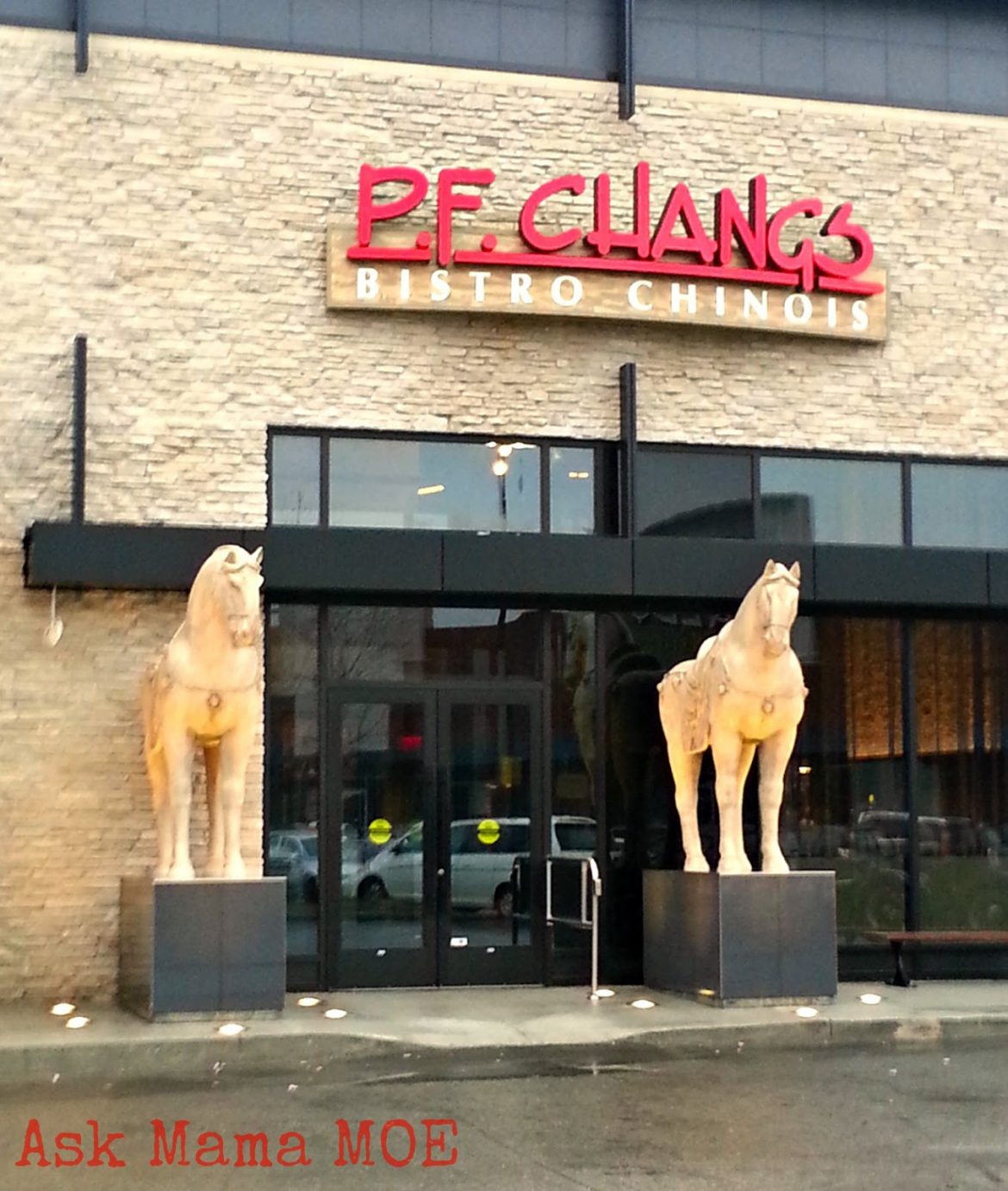 Generally, my nights are filled with teeth brushing, story time, cuddles and prayers. Well the other night, I was able to go out, all decked up for a media event for the grand opening of P.F. Chang’s China Bistro in Montreal. I was honoured and thrilled to participate in such a special night!

First, I must say for those reading my blog for the first time, I am not a foodie. As much as I would like to be sometimes, I am not. What I am is a mama. And as a mama, I am always on the lookout for good, healthy, and appetizing food that my kids will enjoy. For the most part, I make all our meals. But there are nights that this mama loves taking a break and enjoying a good meal made for me. So when I was invited to the Montreal media event for P.F. Chang’s, I took it as an opportunity to find a new and exciting restaurant for my family, and for yours.

Mr. Philip Chiang attended the media event and shared stories of his restaurants, his recipes and the backgrounds of some of his most well loved dishes. Born in Shanghai, raised in Tokyo and now living in San Francisco, Mr. Chiang has brought his culinary experiences to create uniqueness in the P.F. Chang’s dishes. The restaurant boasts recipes inspired by all five regions in China. Of the recipes, 70% of the dishes are still the originals from Mr. Chiang and his mother. I think I had the best seat in the house that night, read on and you’ll find out why.

The night was packed with decadent dishes, covering many favourites on the menu, as well as brand new dishes. When talking about how to order at a Chinese restaurant, Mr. Chiang said it is a question he gets asked often: “I tell people to order something from the sea, the earth and the sky, something familiar and something new.” Don’t you just love that? And we tried it all that night…it was amazing.

Now I know what some of you are thinking right now. Good healthy food at a Chinese restaurant? Now more than ever, I am going green in my meals. So for that reason, Chinese food has been knocked off my menu. Not anymore: P.F. Chang’s uses absolutely no MSG in their dishes. Not only that, there are fantastic options for vegan and gluten-free customers as well. And although the restaurant is not a nut-free environment, they can prepare meals for people who have nut or shellfish allergies by using new clean woks and specially marking the meals for their guests. That alone is a big bonus for this mama.

Don’t let the beautiful ambiance and swanky furniture fool you, this is a family friendly restaurant, complete with high chairs, colouring pages and kids’ menus.

P.F. Chang’s is known the world over for their lettuce wraps and that was the first thing we tried. At each table, a dish of sauces was placed, but Mr. Chiang suggested trying the dishes without sauces first. I did, and I didn’t even want the sauces (although for the record, they were good too). The lettuce wraps were…let me put it to you this way, I was polite and ate one. But I would have been happy to clean that plate off all on my own. They were that good.

Now you know why my seat was the best in the house that night – Mr. Chiang served me the lettuce wrap he made!

Some of my other favourites that night included the vegetable dumplings (or “pot stickers” as they were lovingly nicknamed), the dynamite shrimp, the red chili shrimp with noodles and the Mongolian beef. I would be amiss if I did not mention the Montreal creation we enjoyed that night as well. A lettuce soup called Chang’s Asian soup was offered to us as well. When asked, Mr. Chiang said this could be a permanent dish in all locations if it is well received. I really enjoyed it!

You can easily feed a family of four at P.F. Chang’s for approximately $75 and that is with starters, main dishes and dessert. And everyone will leave full and very satisfied. I’m already hoping to go back with my family for my birthday coming up. I know my children will love it!

The Decarie/Jean Talon restaurant is now open to the public and taking reservations (514-731-2020). As well, another Montreal opening is set for June 17th at Carrefour Laval.

Reserve a special family dinner – you won’t be disappointed!

Many thanks to my friend, the lovely Tanya Toledano for the invitation, Michael Aronovici, Anne-Sophie Laframboise, Louie Mercuri and of course the incomparable Mr. Philip Chiang.

Disclosure: I was invited to the exclusive P.F. Chang’s media event in Montreal. All opinions, as always, are my own.

It really, really is! Thanks for stopping by!